What You Need To Know About Ozone Therapy

Home » Latest News » What You Need To Know About Ozone Therapy 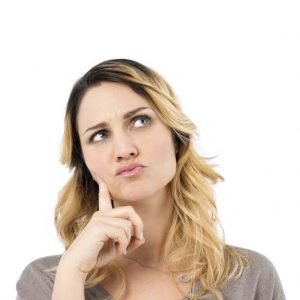 Ozone Therapy is one of the most powerful healing therapies available in the world today. It has been used in over 45 countries across the globe, with over 26 000 physicians globally using it – and that’s a number that is growing rapidly. In Europe alone, Ozone has been used for over 50 years by over 10 000 physicians, to treat over an estimated 10 million patients. Over 6 000 articles on the medical usages of ozone are publicly available in world literature. Even so, there are many physicians who are still either unfamiliar with, or uneducated about ozone therapy.

Even so, Ozone Therapy remains a mystery to many; inexpensive, effective, and rapidly growing in popularity. For most, Ozone Therapy is still a mystery, even though it has been a topic of research and discussion in the medical and therapeutic fields for well over a hundred years. In fact, Nikola Tesla himself patented the first Ozone Generator in 1896, and it was used to disinfect water and wounds even before that.

More recently, the topic of Ozone and Ozone Therapy has become more widespread as experts delve deeper into its potential and medical benefits.

What is Medical Ozone Therapy?

It is a form of alternative therapy that can increase the amount of oxygen in the body through the introduction of Ozone through various methods and equipment.

Ozone itself is an element that can detoxify the body, build new and healthy cells, organs and tissues, and can relieve pain, reduce inflammation and kill pathogens – amongst others. In fact, Ozone has been shown to have a remarkable impact on over 250 illnesses and conditions.

The best part? Ozone therapy has little to no negative side-effects!

Ozone Therapy can improve the general health and wellness of the body, and greatly enhance quality of life. 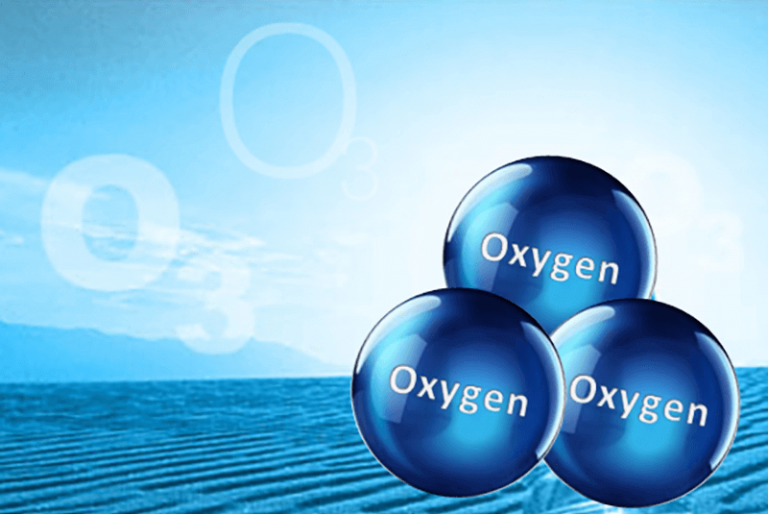 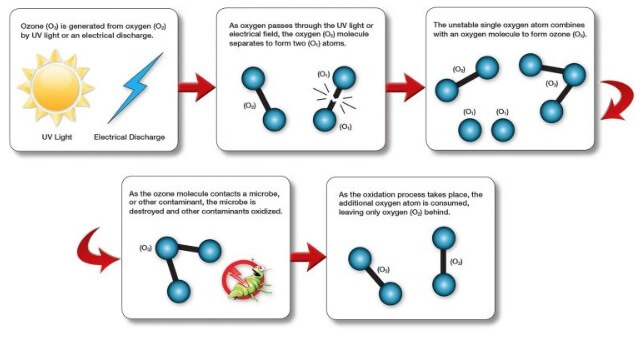 This is where people who are interested in Ozone Therapy often find themselves becoming lost in the technical explanations of what, exactly, Ozone is. For most, the extent of their awareness of Ozone stretches to the existence of an ozone layer that plays a role in Earth’s protection – but there’s so much more to it.

On a chemical level, ozone is oxygen (O2) with an extra molecule added (O3). Electrically, ozone is oxygen with a higher energy level, making it unstable and highly reactive. The ozone that exists in the atmosphere is produced by nature and it is attracted to pollutants because of opposite charge – it attempts to oxidize them and clean the air.

Ozone is also created near the ground by lightning. The fresh smell in the air after a thunderstorm is ozone that has formed during the element interaction.

Why does Ozone Therapy work?

Ozone therapy targets the root cause of most modern-day diseases and conditions – that root cause, as proven by two-time Nobel Prize winner Dr. Otto Warburg, is hypoxia, or oxygen starvation at the cellular level. Hypoxia is the cause of degenerative disease (such as arthritis, atherosclerosis, multiple sclerosis, rheumatism, cancer, etc.).

Research has shown that the levels of clean, breathable oxygen have dropped dramatically over the years. Because our bodies don’t get the amount of oxygen it requires, it makes us far more vulnerable to illness, both physically and mentally.

Ozone Therapy works directly to introduce higher levels of oxygen into the body and serves both as a therapeutic tool for prevention of disease, as well as a way to improve health.

Here are 7 Benefits of Ozone Therapy you might not know about:

Using the Ozone Sauna results in the oxygenation of all the tissues, organs, and cells of the body, which in turn boosts the immune system, stimulates the release of anti- cancer substances from the white blood cells of the immune system, and enhances blood and oxygen delivery through-out the body. This makes the body stronger and more capable of fighting against illness, disease and infection, and improves overall health.

Ozone therapy assists with the body’s natural detoxifying process and can work in combination with heat generating saunas. It is estimated that as much as 30% of bodily waste is eliminated by way of perspiration. The increased heat and perspiration also open skin pores, allowing ozone to be absorbed into the skin.

External use of ozone is very effective in treating burns, acne, ulcers, open sores and wounds, fungus and skin disorders, as it is a natural disinfectant, promotes healing, and improves the health of your skin.

Ozone greatly increases the production of ATP – usable energy. The natural energy production process in the body can occur very inefficiently due to the decrease of oxygen in our polluted air – thus also decreasing the amount of oxygen you take in naturally. Ozone encourages this process, allowing your body to produce energy more efficiently.

Ozone therapy is the fastest known method of treatment for patients with heart diseases, such as cardiovascular complexities and fatigue. It takes less expense and time in comparison to the invasive procedures such as heart bypass surgery or angioplasty. Ozone therapy has amazing records of successful uses in heart disease treatments. Use of Ozone in cardiovascular diseases (especially angina) and chronic fatigue/pain has shown significant results in relief and operational success.

In short, Ozone Therapy is growing in popularity, but there are still a lot of questions being asked. It is always best to consult your physician, and to speak with an expert on Ozone Therapy regarding any questions you have, to make sure you have all the facts. 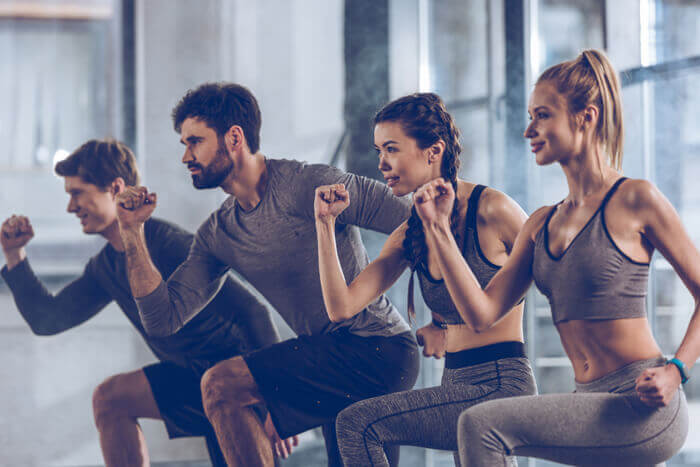 Athletes can reap many benefits from ozone therapy – both for performance and recovery. It boosts the oxygenation of tissues, while also increasing the production of adenosine triphosphate, or ATP. This shortens recovery times from sports injuries and high intensity exercise and increases energy levels. It also assists with sore muscles and slows anaerobic fermentation which combats the building up of lactic acid in muscles.

Various studies have been conducted on the use of ozone technology for athletes, and results have shown that sessions can help increase an athlete’s endurance, the capacity to build muscle, and even increases brain function. It also increases blood flow to the heart, which reduces the amount of strain your body takes during a workout.

One of the conducted studies showed that male runners who engaged on an average of 12- to 30- minute sessions twice a week (immediately after intense running sessions) experienced a 32% increase in the distance they could run before reaching the point of exhaustion.

Another case study showed that a group of athletes who underwent frequent sessions in between training increased their physical fitness by 53.7%, as opposed to the 11.55% of the group who did not.

So, What Are The Benefits?
Some of the benefits for athletes, bodybuilders and sportsmen and women using ozone steam therapy can include:

Ozone steam therapy is not a new addition to the sports world by any stretch. Many professional athletes, including Usain Bolt, Lance Armstrong, Christiano Ronaldo and Michael Phelps, all use ozone technology to naturally complement their exercise regimes.

The use of ozone provides the many benefits iterated in Dr. Mawsouf’s paper and works in concert with the other modalities to facilitate the best all the modalities have to offer for health and vitality. Experts say the capsule provides the greatest, fastest and easiest form of detoxification available!

Ozone is triatomic oxygen; in order to introduce ozone, we have to start with oxygen. Oxygen is a life-giving, life sustaining element. We cannot survive more than few minutes without oxygen. As we know, the body’s cells depend on oxygen. Ninety percent of body energy is created by oxygen through aerobic metabolism. Proper Cellular Oxygenation is the only way to get the best of health.

It was postulated that during evolution and the presence of plants and green leaves on earth, the oxygen percent was 50 %. Professor Robert Berner of Yale University has researched oxygen levels in prehistoric times by chemically analysing air bubbles trapped in fossilized tree amber. He suggests that humans breathed a much more oxygen-rich air 10,000 years ago.

It has decreased in recent times mainly due to the burning of coal in the middle of the last century. Currently the oxygen content of the Earth’s atmosphere dips to 19% over impacted areas, and it is down to 12 to 17% over the major cities. At these levels it is difficult for people to get sufficient oxygen to maintain bodily health: it takes a proper intake of oxygen to keep body cells and organs, and the entire immune system, functioning at full efficiency. 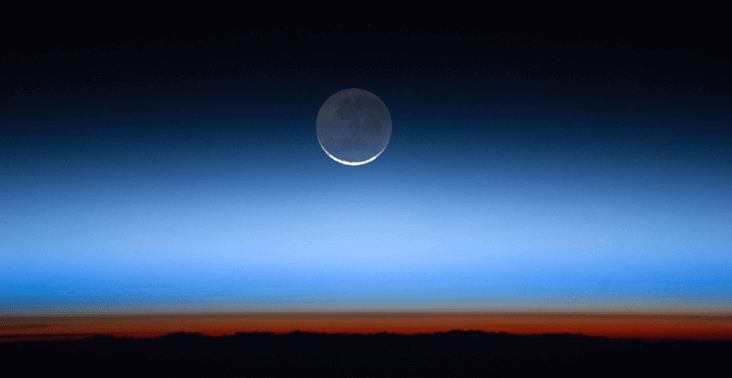 There are several factors responsible for the continuous decrease of atmospheric oxygen. The most important factors include: deforestation, industrial pollution, car exhaust pollution, devitalized soil (overuse of organophosphates), volcanic eruptions, and deterioration of the Ozone Layer. Proper Oxygenation of the blood via various modalities can restore health and slow-down the aging process.

Benefits of Ozone in Nature

In the upper atmosphere the ozone layer protects earth from the harmful effects of a certain ultraviolet wave length from reaching earth (20-30 kilometres from earth). In the lower atmosphere ozone protects man from pollution by hydrocarbons by reacting with them leading to the formation of non-toxic CO2 & H2O.

What Can Ozone Do (In General)?

Approval of Use of Ozone in Medicine

How Does Ozone Work?

When a cell becomes stressed by physical or chemical shock or by viral, bacterial or fungal attack, its energy levels are reduced by the outflow of electrons and it becomes electropositive. Ozone possesses the third atom of oxygen which is electrophilic i.e. ozone has a free radical electrical charge in the third atom of oxygen which seeks to balance itself electrically with other material with a corresponding unbalanced charge. Diseased cells, viruses, harmful bacteria and other pathogens carry such a charge and so attract ozone and its by-products.

When ozone is introduced into the blood, it reacts with these oxygen-disabling substrates, killing viruses, bacteria and fungi. In addition, the metabolic waste products of these organisms are oxidized, and an oxygen rich environment is provided which healthy cells can thrive. Normal healthy cells can not react with ozone or its by-products as they possess a balanced electrical charge and strong enzyme system. Ozone targets only diseased cells and pathogens.

Mode of Action of Ozone

Inactivation of bacteria, viruses, fungi and protozoa:
Ozone disrupts the integrity of bacterial cell envelope through oxidation of the phospholipids and lipoproteins. It also damages viral capsid and upsets reproductive cycle by disrupting virus-to-cell contact with peroxidation.

Ozone inhibits tumour metabolism, oxidizes the outer lipid layer of malignant cells and destroys them through cell lysis. Also, ozone increases the ability of phagocytes to kill tumour cells (by stimulation of conversion of arginine to citrulline, nitrite and nitrate by phagocytes).

Activation of the Immune System

As ozone works on the cellular level, it can be used in many conditions and in different specialties. The conditions that can be treated by ozone can be divided under the following groups:

It is highly efficient in managing exhaustion, nervous tension and pain in general. However, it should be known that Ozone is an Adjuvant Therapy and that Ozone does Not Rule out Classic Medicine. But Ozone has Remarkable Results in Combination with Classic Medicine or alone if Classic Medicine Cannot be used due to ineffectiveness or side-effects.

Ozone should never be used in Thyrotoxicosis and Favism.

Ozone should never be given by inhalation or direct intravenous root.

Ozone is the safest line of treatment known in history, provided that it is used properly by experienced doctors.

It's time to change your life...

Take control of your health and your life. Contact us below to book or ozone consultation.