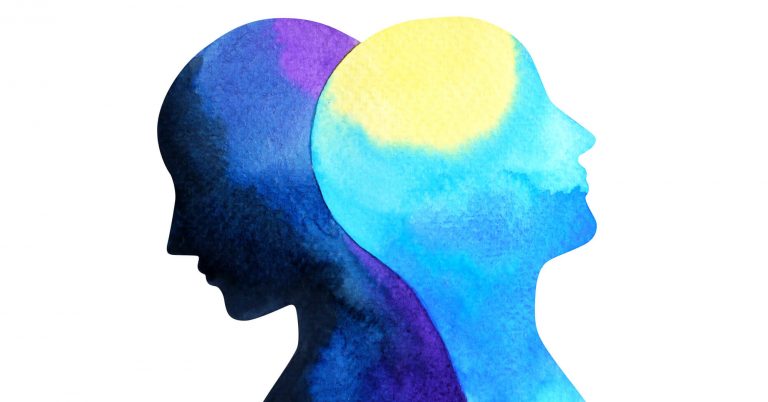 Since October is Mental Health Month, we’ve talked a lot about different types of mental illnesses, as well as how to try and keep mentally healthy. However, if you’re not dealing with a mental illness yourself, it’s often difficult to understand what other people are going through. Not understanding their experience and their emotions can lead to many misunderstandings. This is especially true of depression and bipolar disorder.

As it happens, a friend of ours was willing to share her story; a little about her history, as well as living with bipolar disorder.

PLEASE NOTE: Parts of this story can be triggering for people suffering from depression, bipolar disorder, dealing with suicidal thoughts, or who were victims of sexual abuse. If these topics are disturbing to you, we recommend that you’d rather not read this story. Parts of this story has been censored due to sensitive imagery that may be upsetting to some readers.

My name is Skye I live with Bipolar Disorder and Temporal Lobe Dysfunction.

I was diagnosed very late in life only at the age of 39, after being admitted into hospital after a suicide breakdown for the second time. Most of my teenage life I always felt that I never fit in anywhere, even though I excelled in sports. I still believed that I was never accepted by anybody. I tried to fit in by being thin. Starving myself and over exercising and doing well in sports – [be]cause doing well in sport [meant that] you could be popular.

I used music as an escape from society in my teens and spent hours in my room huddled up to my little radio listening to all my favorite songs. I remember trying to commit suicide by taking pills and cutting my wrists, but my mom never really paid any attention to the cry of help. She just swept it under the carpet and said my dad must never know. That, of course, did not help matters.

After school I got a job working for the local newspaper, which lasted a year before finding another admin job which I enjoyed. I was dating a guy who was 8 years older than me, and to me this was my escape from home and a chance to be free. I really didn’t have friends of my own; all my school friends had moved away, and we lost contact, or I had isolated myself, as I still felt that I did not fit in with people. I was rather depressed all the time and felt like a very confused misunderstood person. I tried counselling and through that I found out that I had been sexually abused by my grandfather. Most of my earlier childhood I could not remember either.

Through recent counselling I have discovered that I have abandonment issues, and at the age of 5 when I was put into boarding school, I scraped all the skin off my wrists on a brick wall until it was raw and bleeding. Who does that at age 5?

I married early at the age of 21. That was the acceptable age then, but in hindsight I think that I married to escape my parents and to just try and belong somewhere. My husband was called up to do army service shortly after we got married, so I was left alone, and I think the abandonment issues may have kicked in again unbeknownst to me.

I loved my new job until the owner, an old man, sexually abused me too. He would offer to massage my neck (it would be stiff because I was hunched over the computer) and then he would move his hands [to inappropriately touch and fondle me]. I froze, he was my boss, I did not know what to do. I was scared to lose my job as well, so I let it happen. Eventually I could not take it anymore and resigned. This further put me in deep depression. Throughout all the years of my early adult life my doctor kept prescribing me Prozac – the wonder drug.

My moods kept getting darker and darker with suicide ever present and always on my mind. All I wanted to do was sleep my life away, I had no self-esteem, and I felt like a freak never knowing how to act, how I was supposed to fit into this society. Life was scary for me; I was always feeling so unsure, so insecure, so unwanted. I could not explain the feelings I had to anybody. My teens and early twenties were dark, lonely and depressing all the time.

Then, after I had children, my moods seemed to have changed. As I got older I started having manic moods; my drug of choice would be alcohol – still is. I would be out every night, drinking till late, being the life and the soul of the party. It was a complete 360 degree change in moods, [and] my reckless behavior would carry on for months at a time. I would speed when driving my car, be promiscuous, and I was forever on dating sites looking for “love”. Even though I was married, I did not realize that this illness had already taken its toll on the marriage. I was out all the time partying, thrill seeking, drinking, smoking weed, popping Valium, I was invincible. I had all the credit cards a bank would give me, all the store cards shops could issue, and the shopping sprees were endless. I never needed the stuff, but I spend recklessly, just wasting money.

Then I hit rock bottom, it had to come crashing down… Can’t stay high all the time the late nights, partying etc. finally took its toll. Then the remorse hits me, the debt I am in is horrendous, and depression sets in and all I want to do is die.

These mood swings kept happening for about 2 decades until I was diagnosed. Nobody could pick up what was wrong with me, as I was mostly depressed.

When I was finally diagnosed, the psychiatrist told my husband that I have bipolar [disorder] with temporal lobe disorder and with therapy and medication I can live a normal life. My husband said that he wants out of the marriage [as] he [was] tired of walking around me on eggshells. So, we divorced. I moved away and my children opted to stay with their dad, also realizing that dad was probably more stable than mom. I could understand that, I too had to stabilize on the medication which I was put onto.

I was prescribed Anti-Depressants, Mood Stabilizers, Anti-Psychotic, and Drugs to control the seizures in my brain for the Temporal lobe Disorder.

This illness is not easy to live with. Even though I am on medication I still have mood swings, they are not as bad or as dramatic if I was not on meds. I cannot hold down a relationship, I think that I am normal, but clearly, I am not. People say living with me is not easy, they never know when I’m going to “blow up”. But I can’t see this.

I don’t have many friends, as people don’t understand this illness, and have no patience with a person who has it. As for long term boyfriends, well, at the age of 51 I don’t think I’ll ever have one. I have had further counselling to deal with this and come to terms with the illness and the impact it does have on my life and relationships. Life is essentially lonely for me, but I have learnt to come to terms with that and made peace which is very sad.

I never asked for this, it is not fair that I have this illness.

Mental illness is treated in society as if we should all be locked away with the key thrown away. People are very ignorant about it. I am a normal person; I am just wired differently, and my emotions just get the better of me. My moods are just more excitable than others. All I need is somebody who can take the time and patience to understand my moods and be patient with me and my mood swings.

I want to thank Skye for opening up about living with Bipolar Disorder and being willing to share her story with us.

If you know someone who is living with a mental disorder, show them compassion, kindness and love. It’s not an easy life for them, either, just like it can be hard on the people they know and love.

If you want to read another true story, please read Keita’s notes on living with Social Anxiety. 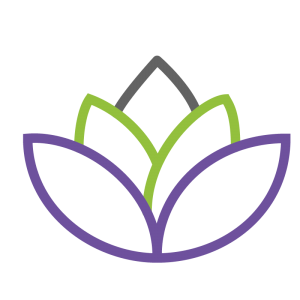 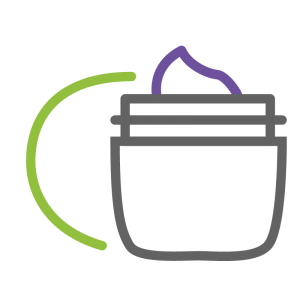